A souvenir of new memories

A nice memory
for yourself or someone else

A nice memory of your stay on the ss Rotterdam or just a nice gift for your lover? Visit the Lynbaan Shop on the Promenade Deck. Here you will find cool toys, original gifts, scarves, clothes, bags and more. 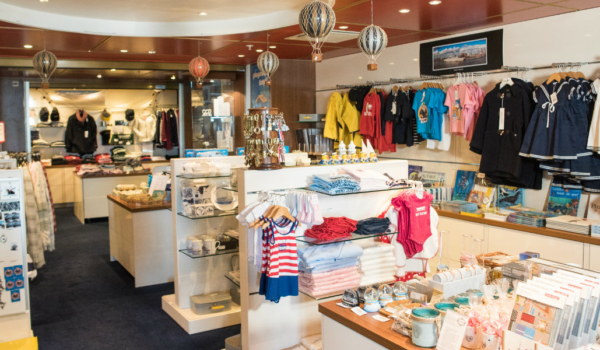 The Lynbaan Shop has something for everyone! The range includes candy, magnets, baby and children’s clothes, bath towels, calendars, writing tools, keychains and more fun stuff. The Lynbaan Shop also sells various books about the ship.

Also for the kids

Every year we welcome many children on board. This is why the souvenirs of Captain Kaap and his friends have a special place in the shop. From puzzles to miniature ships, there is plenty of choice! In 2013, the movie “Bobby and the Ghost Hunters” was recorded with us on board. Of course we are very proud of that! For this reason, the Lynbaan Shop also sells all kinds of items about the movie, such as cups and DVDs.